November 9, 2017 – Apple is working on technology that would enable it to build an augmented reality headset by 2019, with shipping targeted for as soon as 2020, according to a new report from Bloomberg. The device would be independent from Apple’s iPhone or other mobile devices, with its own built-in display, OS (dubbed ‘rOS’ internally), and a new custom processor, per the report. 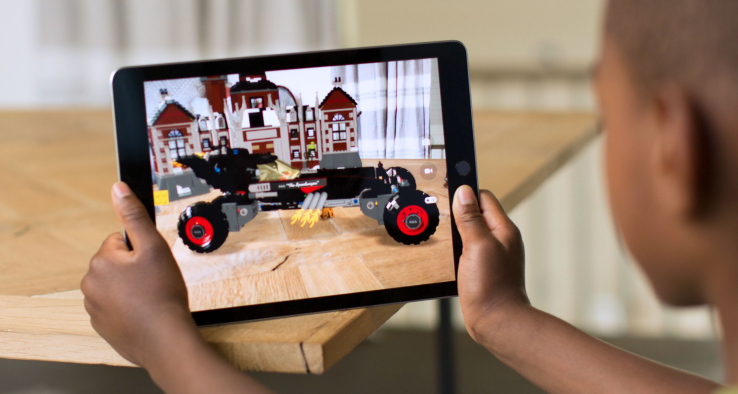 Apple CEO Tim Cook has been bullish on the prospects of AR in past interviews, and iOS 11 includes a built-in feature to support the development of AR experiences called ARKit, which allows developers to easily leverage those features within its apps. Earlier reports from Bloomberg noted that Apple has hired on a number of AR experts, and that the team is being run by former Dolby Labs engineering executive Mike Rockwell.
Recently, Cook told press that the technology is just not there yet for there to be an augmented reality headset available to consumers that offers a satisfying experience, while chiding “anything you would see on the market any time soon” in that category. This likely refers obliquely to at least Windows HoloLens, if not other products also on the horizon like whatever Magic Leap ends up releasing.
Apple is still firming up plans for this future device, per Bloomberg, but it’s exploring various interaction methods including touch sensitive input, Siri voice interaction and even head gestures. The team are also building out applications, including messaging, virtual meetings, 360 video and navigation, and there are plans to potentially build out an App Store for the hardware.
Testing is being done internally on the HTC Vive and a device that uses an iPhone screen but is similar to a Samsung Gear VR, per the report. Apple recently made its most recent Macs compatible with external GPUs and the HTC Vive for the purposes of developing VR content, so this seems like one motivating factor. The report also claims that Apple will release a new version of ARKit in 2018 that will pave the way for developers to begin building experiences that could target this device.
Apple spins up a wide range of experimental projects, and not all of them result in shipping products. But Cook has spoken about AR and its future potential enough to suggest they have more than a passing interest in the technology.