How Blockchain Technology Made It to Real Estate Business

November 22, 2017 – Every now and then, we get reports of another old-fashioned industry embracing Blockchain and its innovations. Even though this parade is mostly led by IT-related industries, such as finance, social media or eSports, their more traditional peers seem to gain pace. 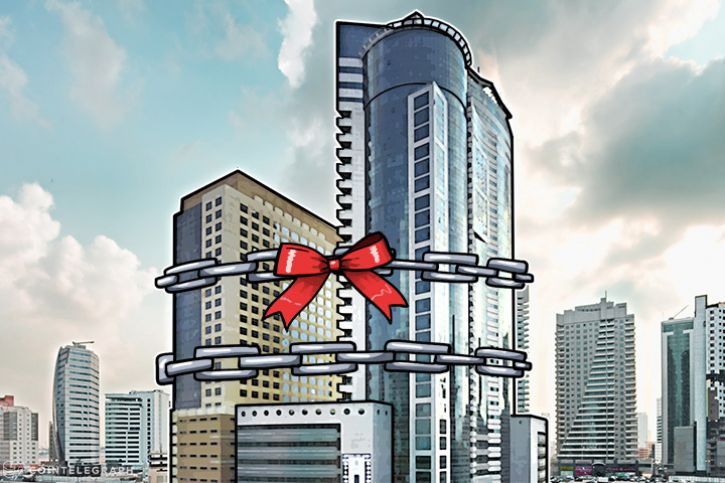 There have been news suggesting that such cumbersome industries as logistics and advertisement gradually let Blockchain into their sacred realms.
One such industries, real estate, seems to have embraced Blockchain under the radar. Certain governments are testing Blockchain solutions to run auctions on public land plots or confiscated properties, and most of them are satisfied and deem the innovation worthy of further development.
Unfortunately, real estate as a business rarely produces any noticeable news when it comes to employment of distributed ledgers.

There is in fact a plethora of companies and startups that use Blockchain-based solutions in the real estate industry. While their approaches may differ, there is one thing they have in common.
Most of them offer some form of property tokenization. The general idea of tokenization is that people may invest in real estate by purchasing digital tokens that represent real property.
Said tokens are used as a sort of share by their holders, even though officially they are not treated as such. Legal constraints in most jurisdictions would prohibit token issuers from officially handling their tokens as shares.
Such tokens, on the one hand, entitle their holders to own a certain percentage of a future structure or building proportionally to the amount they have purchased. Construction companies and contractors, on the other hand, directly or indirectly sell such tokens to raise funds for said construction project.
In a perfect world, both parties remain satisfied: contractors have enough money to do their job while future owners have guarantees they will eventually receive a return on their ownership share. To ensure that both parties remain honest, such real estate tokenization systems often introduce some sort of smart contracts that regulate relations between both parties.
In the future, when the Internet of Things is deployed, tokenization can take another step forward by making token holders the only ones capable of using the property they have purchased. This can happen in several different ways, starting from using of smart locks and ending with the entire apartment environment responding solely to the requests of the holder of a certain private key.
Others advantages of tokenization include easy distribution of profits from real estate, simplified title registries, lowered entry thresholds for real estate investors, and complete traceability and verifiability of all transactions ensured by Blockchain.
While it all looks great in theory, current attempts to introduce tokenization to real estate still have to deal with miles of red tape (or kilometers in other jurisdictions). The entire air of uncertainty surrounding Blockchain in the eyes of the powers that be makes full-fledged deployment of such systems more a matter of diplomacy than engineering.
Still, there are notable examples of projects that attempt to bring the future closer.

One such company, only operates in Spain, the Caribbean Islands and the US and charges a 10% management fee. On the plus side, it offers monthly audit, lack of minimum investment thresholds and payouts of dividends on real estate project revenues.
Another similar project offers property tokenization, covers only construction projects in London and its suburbs. By purchasing a token, a user becomes an investor entitled to receive dividends on future revenues from the building. Once construction is over and the structure is sold, the revenues are distributed among investors. It is still unclear, however, whether the real estate will be tokenized or the token would entitle one to invest.
Yet another real estate project powered by Blockchain backs its tokens with the power produced by a solar farm in Japan. It does not focus on any particular market or jurisdiction. Owners can tokenize their property and make it available for investment by purchasing the platform’s native tokens. Dividends are automatically distributed among token holders via smart contracts.
While this approach seemingly solves a number of specific problems, such as the issue of investing in overseas real estate and the entry threshold issues that hinder wider audiences from entering the business, the platform itself is not fully deployed yet. The company states, however, that this will happen by March 2018 provided their crowdsale campaign is successful.
One final example uses the tokenization model to bring real estate closer to people. The platform is generally positioned as a decentralized real estate marketplace that also enables land title registry. Ethereum smart contracts enable brokers, customers, sellers, and real estate agents to legally sign all transactions. The option is viable since the smart contracts allow for tracing the transactions and making them verifiable. Currently it is being tested in California, and, should it prove successful, it is likely that it will be deployed in other jurisdictions.

All in all, Blockchain-focused projects constitute a minority of companies engaged in their respective area, and real estate is no exception. While the list above is hardly exhaustive, it still illustrates the direction the industry is likely to take in the future.
Tokenization and Blockchainization of different industries, from finance and eSports to logistics and real estate, is seemingly the new fad for businesses across the globe. So far, most industries have only been testing the waters to make sure the innovation actually works and fulfills its initial promise.
In the future, however, it’s quite likely that the companies that refuse to introduce Blockchain to their operations will be a minority and suffer from competitive disadvantages.